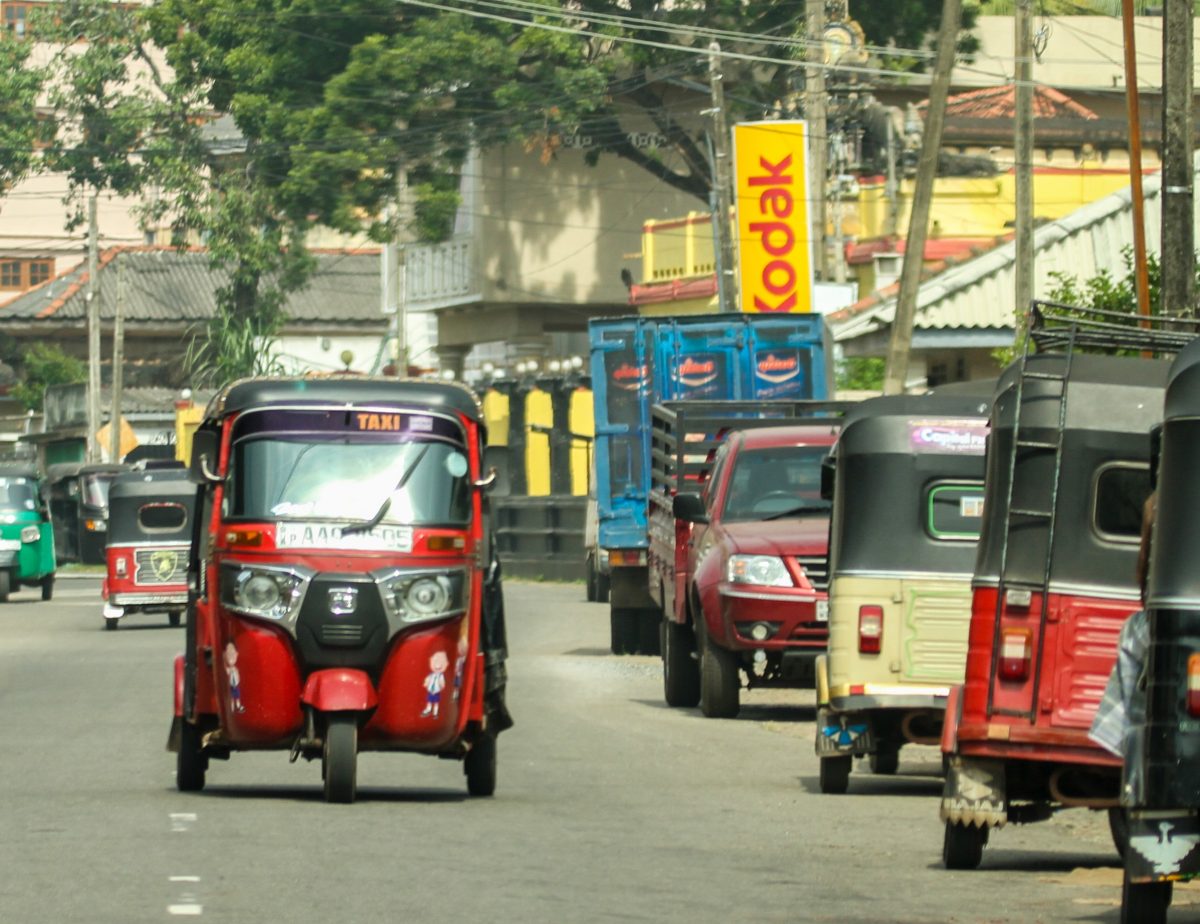 A country that is moving forward quickly as more and more people discover its myriad charms however remains stuck in time, make Sri Lanka such an alluring country.

Few places have as many Unesco World Heritage Sites (eight) packed into such a small area and you will want to see them all. Sri Lanka’s 2000-plus years of culture can be discovered at ancient sites where legendary temples boast beautiful details even as they shelter in caves or perch on prominent peaks.

Across the island, the wildlife is just as predominant and intriguing with safari tours of Sri Lanka’s pleasantly relaxed national parks encountering leopards, water buffaloes, all manner of birds and a passel of primates.

Sri Lanka is a destination that has something for every type of traveller. Solo travellers will enjoy the ease of meeting fellow travellers along the way and the safety in the country. Couples will fall in love with the romance of the country stretching from the beaches to the inland villages. Families will appreciate the safety and activities on offer for children of all ages. Last of all, adventure travellers can enjoy diving, surfing, hiking and so much more.

How to get to Sri Lanka

Top things to do in Sri Lanka

Blue whales are the biggest animal live on the earth and Mirissa is the one of most suitable spot to watch blue whales and other whales too. See some of the oldest and the largest sea creatures, the humpback and the blue whales, as the nonchalantly glide past you, when you embark on a whale/ dolphin watching excursion off the Southern, Eastern or the West coast of Sri Lanka. The ideal locations for whale watching would be Dondra Point (accessible from Galle, Hikkaduwa and Mirissa) and Trincomalee while the sea off Kalpitiya teems with an abundance of dolphins.

This is the second largest national park in Sri Lanka. Yala is home to Asian elephants, leopards and variety of beautiful endemic birds. There are six national parks and three wildlife sanctuaries in the vicinity of Yala. Among the largest is Lunugamvehera National Park. The park is situated in the dry semi-arid climatic region and rain is received mainly during the northeast monsoon. Yala hosts a variety of ecosystems ranging from moist monsoon forests to freshwater and marine wetlands. It is one of the 70 Important Bird Areas (IBAs) in Sri Lanka. Yala harbours 215 bird species including six endemic species of Sri Lanka. The number of mammals that has been recorded from the park is 44, and it has one of the highest leopard densities in the world. The area around Yala has hosted several ancient civilisations. Two important pilgrim sites, Sithulpahuwa and Magul Vihara, are situated within the park. Stay at a Jetwing Safari Camp for a true glamping experience in the wild.

Sigiriya is the eighth wonder of the world and popular among visitors. It was the one of Asia’s oldest landscaped garden. Sigiriya was designated as a world heritage site in 1982. Sigiriya is famous for it’s palace ruins on top of a massive 200 meter high rock surrounded by the remains of an extensive network of gardens, reservoirs and other structures. The rock itself is a lava plug left over from an ancient long extinct volcano. It is also renowned for its ancient paintings (frescoes), which are similar to those found at Ajanta Caves in India. It is generally agreed, however, that the Sigiriya Frescoes exhibit a uniquely Sri Lankan style. Sigiriya may have been inhabited through prehistoric times. Entrance Fee to Sigiriya Lions Rock: USD $30 and to Polonnaruwa Ancient City: USD$25

Galle Fort is situated in 113 kilometers away from Colombo. The Galle Fort, also known as the Dutch Fort or the “Ramparts of Galle”, is a historical, archaeological and architectural heritage monument, which even after more than 423 years maintains a polished appearance, due to extensive reconstruction work done by Archaeological Department of Sri Lanka. Galle lighthouse, Galle clock tower, Groote Kerk – Galle, All Saints’ Church – Galle, National Museum in Galle, Old Dutch Hospital, National Maritime Museum Galle are main archaeological and architectural heritage monuments in Galle fort. The fort has a colourful history, and today has a multi-ethnic and multi-religious population.

Hiriketiya Beach Sri Lanka, also known as Hiriketiya Bay, is a stunning surf spot located on the southern coast of the island, just next door to Dikwella Beach. Here, surf and yoga camps have been popping up all over and travellers visit for the laid-back beach vibe, relaxed community, great waves and yogis teaching. Places like SaltHouse not only offer accommodation as a surf and yoga camp, but visitors can walk off the street to enjoy a yoga class, hire a surfboard or just enjoy some clean healthy eating at the restaurant.

Ella has a rich bio-diversity, dense with numerous varieties of flora and fauna and is extremely scenic as it is surrounded by hills covered with cloud forests and tea plantations. The town has a cooler climate than surrounding lowlands, due to its elevation. The Ella Gap allows views across the southern plains of Sri Lanka. On a sunny morning, you can even see the glow from the lighthouses along the southern coast. Catching a Blue Train through this region has become a must do in Sri Lanka for the journey is very scenic.

This temple complex dates back to the first century BCE. This is the most notable cave temple in sri lanka. It has five caves, carved with a drip line to keep the interiors dry. Inside the ceilings of the caves there are colourful religious images as well as those of various gods and goddesses. There are images of the Lord Buddha and bodhisattvas. The caves, built at the base of a 150m high rock during the Anuradhapura and Polonnaruwa era. Names of the five caves – Devaraja Lena, Maharaja Lena, Maha Alut Viharaya, Paccima Viharaya, Devana Alut Viharaya. Entrance Fee: USD$10

One of the world’s oldest forms of healing, Ayurveda — derived from the Sanskrit words for life (ayuh) and knowledge or science (veda) — originated in India more than 3,000 years ago and soon spread to Sri Lanka, where Sinhalese kings established Ayurveda treatment centres in the ancient cities of Anuradhapura and Polonnaruwa. In Ayurveda, a combination of herbs, diet, massage, hydrotherapy and oil treatment is used to treat everything from stress to diabetes, migraine, asthma, arthritis and high blood pressure.  Ayurveda specialists will tell you that this form of treatment also helps boost the immune system, promotes a general sense of well-being and even helps delay the ageing process. Why not make a stay out of it by booking into Jetwing Ayurveda Pavilions.

Base yourself at a hotel like Jetwing Colombo Seven, where you have a fantastic view of the city from the rooftop pool. Sri Lanka’s Capital Colombo, a port city, with a rich colonial heritage, on the Western coast is a potpourri of races, religions and cultures. Colombo displays the best and worst the country has to offer. The city is a contrast itself, with mansions, lush gardens, fine dining options, shopping malls packed with expensive designer brands standing next to urban slums; diesel fumed congested roads and street markets. Despite its small size just 37.31 km² Colombo offers a varying selection of experience ranging from taking a tuktuk ride, a visit to Pettah market and eating Kottu to playing a round of golf and having high tea at one of the colonial style hotels overlooking the Indian Ocean. With many boutiques filled with international brands and local art and fabrics Colombo is the best place to do the last minute shopping and then it’s best to retire to Galle face, Colombo;s playground for some Kottu or Wade.

Did you know you can hire your own private island

Relaxing by the pool at Eden Health Retreat is onl