Recent News
Home > Destinations > Canada > 6 Things You Should Know About the Calgary Stampede
CanadaDestinations
Captured Travel May 21, 2018May 19, 201858

Now is the time to book your ticket to the world-renowned Calgary Stampede, the place where hides are raw, hearts untamed, and the world’s toughest rodeo stock walk on two legs.

From 6 – 15 July 2018 thousands of Aussies will flock to Alberta, Canada, donning cowboy/cowgirl boots and feasting on the Stampede’s infamous carnival fare. Here’s an insider’s list of need-to-know Stampede facts for first-timers.

1. The calibre of a rodeo comes down to two things: the skill of the competitors and the quality of the horses, bulls and steers. Every afternoon at 1:15 cowboys and cowgirls face off at the Stampede Rodeo in a furious display of skill and grit, with every win building towards Showdown Sunday.

4. The Calgary Stampede is as much about the music as it is about rodeo. Previous line-ups included Alessia Cara, Nelly Furtado, Ben Harper, KISS, and the Dixie Chicks. This year’s line-up will be announced next month.

5. The quirky food of the Calgary Stampede is almost as famous as the western extravaganza itself. Imagine Cookie Dough-ne, raw cookie dough in a waffle cone complete with sprinkles and a made-to-order Stampede Halo (fairy floss), and Butter Chicken Bear Balls, golden deep-fried balls smothered in a delicious butter chicken sauce, sprinkled with fresh coriander, and topped with a candy-coated anise.

6. Located in the heart of Calgary, Alberta, minutes from the downtown hotels, and just one hour from Banff and the Rocky Mountains, Calgary Stampede is a must-stop attraction on Canada’s summer events calendar. Click here to see rodeo highlights from 2017. 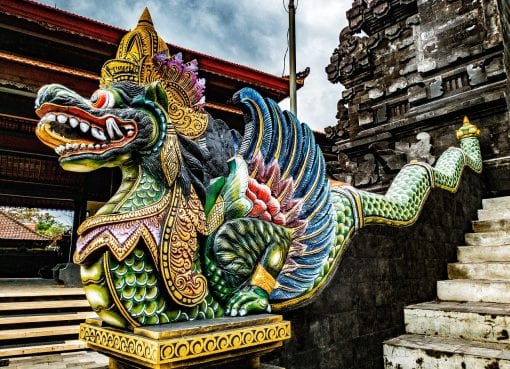 Bali the Island of the Gods

Discover the Kingdom of Tonga